It’s been a busy 2010 in the world of crisis PR with two CEO’s of major companies gone—Tony Hayward of British Petroleum because of how he handled a crisis and Mark Hurd of Hewlett Packard for being at the center of one. In the case of Hayward he delivered a public relations case study of what not to do in a crisis. Although there is a lot to chose from in the way of his gaffes let’s focus on three highlights.

First as the head of a global company he managed to insult all the citizens of the country impacted by BP’s Gulf of Mexico oil spill, when he told a Times of London reporter Americans were particularly likely to file false financial claims. He violated two cardinal rules of global PR: (1) in the Age of the Internet don’t assume that what you say to your local/London reporter won’t make its way to those you’re denigrating in a heartbeat; (2) don’t speak about regional differences, especially negative ones, because such statements will inevitably be resented by the locals.

Hayward’s most notable sound bite however, was whining on camera about wanting his own life back because of how many hours he was putting in over a disaster that had already cost the human lives of BP rig workers. Then amazingly he decided to take some time off for a yacht race. Very quickly he first created and then solidified the image of himself as an arrogant, insensitive multimillionaire. At that point the perceptual damage was so extensive that his tenure as CEO ended soon after.

From my experience I understand how hard it is to deliver unwanted advice to a CEO. But that is your job as a communications professional in a crisis PR situation. Certainly you have to pick your battles, especially with a CEO who has disdain for all facets of communications, as was certainly the case with Hayward. But the yacht race would have been such a battle to pick. Someone should have warned Hayward that going to that race was likely to create a PR disaster, even if it upset him. 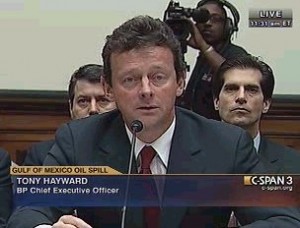 I’ve found even the most difficult of executives resent not being warned about such clear-cut dangers, even more than having a negative possibility raised. I have also found that most CEOs who are not natural communicators appreciate being properly prepared and scripted, even if some don’t ask for such assistance or outwardly show much appreciation. It’s important though, to prep them in a style that works for them. Some CEO’s want exhaustive details around every possible question; others are happy with just some background, key speaking points and methods to keep the conversation on those points. However you do it though, the importance of all spokespeople (except for the few naturals) staying on script even if it means cutting interviews short needs to be impressed, because it only takes one misstatement to make a disaster worse.

Whatever the case if you allow an unprepared spokesperson at any level, who is not a natural communicator, speak to a crisis the results inevitably will be bad. Maybe not Tony Hayward bad, but they will be bad. Although some communication activities demand a CEO, the fact is that sometimes you’re better off going with someone else if your CEO is so ill-suited or uninterested in communications to likely make matters worse. Given the nature of their business and possession of the worst safety record of the major oil companies BP simply had no excuse for not being better prepared to handle public relations around a major oil spill disaster.

In preparation for a crisis one of my first questions of the communications staff is who are the available spokespeople, what are their corporate roles and what are their communications strengths and weaknesses. I’ve even gone so far as in the crisis planning stage to recommend a title change to something more suitable for press consumption when there are few solid spokespeople and one of the best doesn’t have a job title that could be effectively sold to the media as that of a spokesperson. It is also just common sense to give your top corporate spokespeople media training tailored to their strengths and weaknesses before a crisis unfolds. Prior training can be the difference between solid performances in front of the microphone and major gaffes.

The BP situation illustrates one of the most difficult crisis communications scenarios—working with a self-sabotaging CEO. The HP scandal illustrates another difficult scenario, where the CEO and chief company spokesperson is removed by a crisis, which to compound matters in the HP case combined an element of sex. In that case you’ve got a media feeding frenzy and whatever communications protocols you possessed that revolved around the CEO just went out the window. In other words the whole decision making process about who says what may be in disarray at the moment it is most needed. 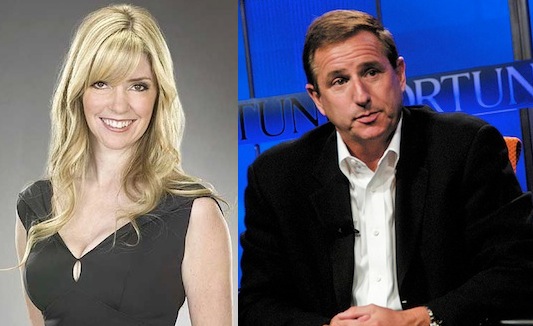 HP is also a great example of the importance of messaging to all your key audiences. Investors are now concerned that the CEO who got HP to execute as a company is gone and that there are stories of turmoil at the top of the company. Customers and corporate partners of course never like upheaval and uncertainty. As far as employees their morale under Hurd was already poor, as they suffered under cost cuts, while he enjoyed generous compensation and apparently abused his expense accounts.

In crisis communications all the primary key audiences, who each have their own specific needs from financial analysts and customers to employees and the mainstream media, should be identified. Creating a matrix with all the key audiences involved in a given scenarios beforehand is a smart planning exercise (in a recent client planning exercise of mine eight distinct audiences were identified for various types of crisis scenarios). To formulate a cohesive strategy to address all of the impacted groups in a given situation I’ll then leverage my entire background in business, investments, marketing, journalism and communications on the fly.

Yes, that’s right a lot of the strategy will need to be put together on the fly, because you can’t anticipate the details of every specific crisis ahead of time. Yet, as pointed out you can identify the needs of key audiences ahead of time and plan to have protocols in place to ensure decisions can still be made even if multiple decision makers are gone. You can also develop good communications tactics that will work in any situation—prepared and designated spokespeople, practiced communications discipline as to who says what to each audience, the regular use of messaging documents to keep everyone on the same page. Good tactical execution that comes from prior preparation becomes magnified in importance during a crisis. Remember the 7 Ps—prior planning and preparation prevents piss poor performance.

Lastly, you need to keep some perspective. Such events are called a crisis for a reason. Don’t expect even excellent communications to solve your problems—in fact overpromising what you can do to satisfy people and resolve the crisis, will just make matters worse in the long run. Saying things you can’t back up even when well executed with an enormous budget won’t save a company in its time of need (for instance all the benefits of BP’s multi-million dollar Beyond Petroleum re-branding campaign evaporated in an instant when reality hit). Sometimes the best of communications planning and execution can only manage to keep a bad situation from becoming worse. So, management needs to have reasonable expectations and accept a certain amount of bad press. But keeping matters from getting worse is no small thing. It can mean keeping important investors, customers or employees. And for your CEO it could be the difference between keeping and losing his job.